The transition to a “Net-Zero” economy will require a more diverse mix of power generation and supply than has historically been the case. With increased reliance on renewable sources of energy for electricity generation, storage of natural gas, and in future hydrogen, will be necessary to supplement these more intermittent renewable energy supplies.

A substantial increase in reliance on electricity as the prime power source is inevitable for many human needs and activities, including heating (both domestic and industrial scale) and transportation.

In time, electricity will replace traditional dispersed source fuels such as petrol (gasoline) for cars, gas for cookers, heating and hot water boilers, etc. This will inevitably increase demand for electricity, some of which will be increasingly sourced from renewable technologies such as wind and solar power which can be intermittent by nature. Until battery technology solutions enable greater levels of storage, these cannot possibly replace all fossil fuel power generation to meet future demands, and thus, a transition to a more sustainable energy mix is needed. 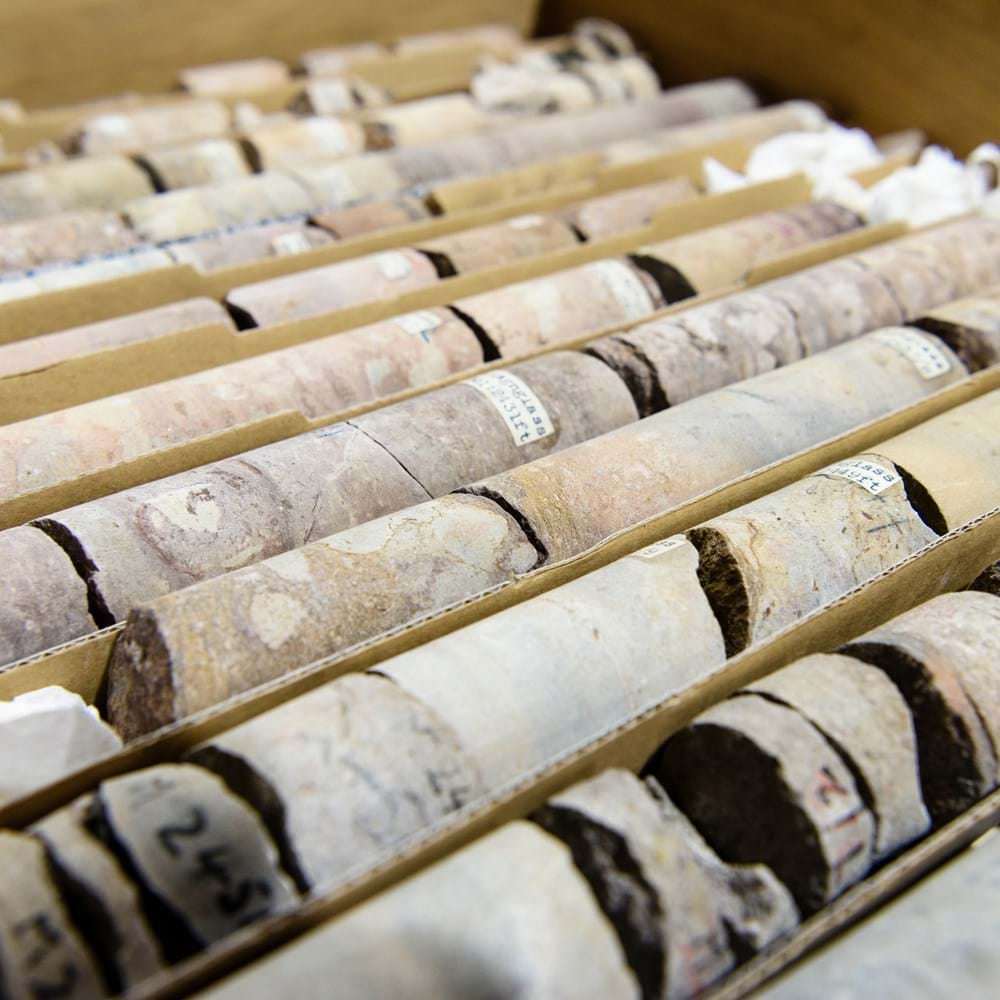 Nonetheless, “Net–Zero” targets require humanity to reduce their current levels of fossil fuel dependency in power generation, in particular oil and coal, which in the short to medium term will actually increase demand for natural gas as the cleanest available fossil fuel.Storage of natural gas and, in future, hydrogen will be necessary to supplement more intermittent renewable energy sources. In addition, the need to permanently remove damaging carbon dioxide (CO2) emissions from the atmosphere will also create a demand for storage solutions.

The natural gas supply versus demand mismatch, as seen recently in the UK, can occur at multiple timescales ranging from a few seconds to several years. This will require a combination of energy storage options at a variety of scales.

Storage of large quantities of gases – including hydrocarbon gas, carbon dioxide and hydrogen – is going to be increasingly important as the energy transition progresses. The very recent and very significant problems in Europe, where high demand for gas has outstripped the short–term supply, demonstrates that natural gas storage is an economic and strategic necessity.

The reasons for storing gases differ and the requirements of the geological ‘trap’ (storage reservoir) may be different. For example, carbon dioxide (CO2) storage is required as a long–term solution to lock the gas away permanently, whereas for both natural gas and hydrogen, storage is a more temporary requirement as these gases will be used as fuel to generate energy in one form or another.

Regardless, the key attribute of a viable geologic store is its ability to receive the gas efficiently and to trap it effectively. For both natural gas and hydrogen, the ability to recover stored gas efficiently, and economically, is also an imperative. In all cases, thoroughly understanding the characteristics of the host rock (i.e. a reservoir or salt cavern) and modelling the flow of gas through the porous and permeable host is critical. 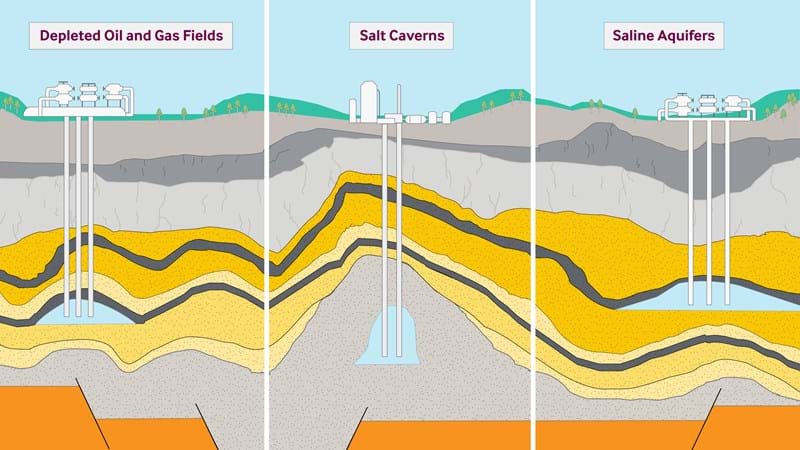 In September 2021, due to a sustained period of very low winds, the current renewable energy supply was unable to meet demand. Coinciding with an extreme spike in spot market gas prices, making gas supply uneconomical, the UK had to start up one of two remaining coal–fired power stations to meet electricity demand.

Stored natural gas currently allows countries to meet their seasonal power demands, for instance in winter when gas demand is likely to exceed newly generated supply. However, in the future, it’s also likely to be required to help meet power demands during the intermittent outages as described above.

Although clearly not the case at present, gas storage also has an essential role in rebalancing an oversupplied market. Storage means that a valuable commodity can be ‘demand–ready’ and allow for more sustainable production and transport from ‘advantaged’ basins to create a more equitable supply. Thus, it also has a crucial role to play in the security of gas supply in the context of rising geopolitical risks and trade tensions.

Natural gas storage provides the flexible resource base to address the issues discussed above. By the end of 2019, there were over 600 underground gas storage facilities in operation globally, with a working gas capacity of approximately 420 billion cubic metres (bcm). Storage capacity has been developed all over the world. North America has 65% of the storage sites and almost 40% of global working gas capacity (136 bcm). Europe has approximately 109 bcm capacity. The UK’s capacity has reduced markedly since storage in the depleted Rough Gas Field (which accounted for 70% of UK capacity)1 was decommissioned in 2017. As evidenced above, replacement storage capacity is required and should be a strategic priority.

The need for effective CO2 storage is clear. Sequestering and storing significant volumes of CO2 through Carbon Capture and Storage (CCS) underpins much of the targeted reduction that is required to reach “Net–Zero” by 2050 (and to limit warming to 1.5oC by 2050 under – The Paris Agreement). Indeed without a substantial CCS industry the target will not be met.

CCS provides a clear business opportunity for developers and investors if it can be achieved commercially. Essentially, this will require either a nationally or globally appropriate carbon price. There now seems to be a real impetus through government policies and funding allied to enhanced tax credits in certain jurisdictions (e.g. 45Q in USA) to deliver working CCS projects. Major oil and gas companies are focussed on CCS to enable their oil and gas production, which will remain a key element of the 2050 energy mix, to continue in a manner compatible with “Net–Zero”.

There is much discussion around a future hydrogen economy. ‘Blue’ hydrogen is produced from conventional natural gas (by steam methane reformation) and the CO2 emissions are managed using Carbon Capture and Storage. This process could roughly halve the amount of carbon produced by burning natural gas, but it is far from emissions–free. On the other hand, ‘green’ hydrogen is generated using renewable energy to power the electrolysis of water with no direct CO2 emissions as a result.

The IEA in its “Net–Zero” Pathway report concluded that the biggest innovation opportunities that will make the most valuable contribution to reducing CO2 emissions between 2030 and 2050 are advanced batteries, hydrogen electrolysers, and direct air CO2 capture and storage. They believe electricity will account for almost 50% of total energy consumption in 2050 and therefore it will be essential to produce low‐emissions fuels such as hydrogen. In their pathway report they assume hydrogen use will increase from less than 90 million tons today to 200 million tons in 2030 and over 500 million tons by 2050, with approximately half being formed from electrolysis and the rest from coal or natural gas.

The IEA assumes there will be a rapid scaling up of electrolyser manufacturing capacity and, in parallel, the development of new hydrogen transport infrastructure will be required that includes storage in salt caverns. The storage of hydrogen will be required to “balance both seasonal fluctuations in electricity demand and imbalances that may arise between the demand for hydrogen and its supply by ‘off‐grid renewable systems’.

In August 2021, the UK Government (HMG) presented its UK Hydrogen Strategy to Parliament. It stated that:

“hydrogen’s ability to store energy for long periods of time and in large quantities is an important part of its strategic value to a fully decarbonised energy system, and we envisage hydrogen storage being a key part of future network infrastructure”.

HMG states that “storage can support security of supply as production and use increase” and that this security of supply would be essential in a future energy system supporting faster and greater integration of renewable capacity, and the transition to a fully decarbonised power system.

In the UK for instance, if hydrogen is to work as a domestic heat source, much of the UK gas transportation grid would have to be renovated, as hydrogen will corrode the existing pipework. Also, most UK domestic appliances, largely boilers and cookers, would require modification to be used with pure hydrogen. However, approximately 30% of hydrogen could be blended with natural gas in the UK grid without the requirement for pipeline upgrades or modifications to domestic appliances. Blending hydrogen with natural gas is the quickest way of utilising hydrogen to decrease CO2 emissions.

The economics – an integrated gas storage and management approach

It’s clear that an increasingly integrated gas storage and management approach is going to be required in future. The economics of any given fuel supply will no longer stand–alone on a ‘find and sell’ basis. The requirement to permanently remove the significant by–product of carbon dioxide (and other greenhouse emissions) from either direct natural gas consumption or the synthesis of ‘clean–burning’ fuel such as hydrogen (i.e. the carbon is removed before the fuel is ‘burnt’) will add complexity and cost to those previously ‘simple’ economic considerations. Storage, permanently for CO2 and temporarily for natural gas and hydrogen, will become an increasingly important component of those economic considerations. A thorough understanding of the subsurface storage requirements such as longevity potential (trap integrity), geochemical variability and reactivity, capacity and deliverability constraints, to name a few, will be essential to ensure that future integrated ‘power’ projects are both financeable from an ‘ESG’ perspective but will also deliver a suitable rate of return.

RPS has considerable expertise in the subsurface aspects of fluid interactions with reservoirs of various types and a long track record of economic evaluations of complex value–chains. The subsurface considerations in this increasingly connected and complex economic model will be the subject of our next article.

If you would like to receive an early copy of future articles, please complete the form below. Alternatively, if you would prefer to speak with Gordon directly, he can be contacted at taylorg@rpsgroup.com 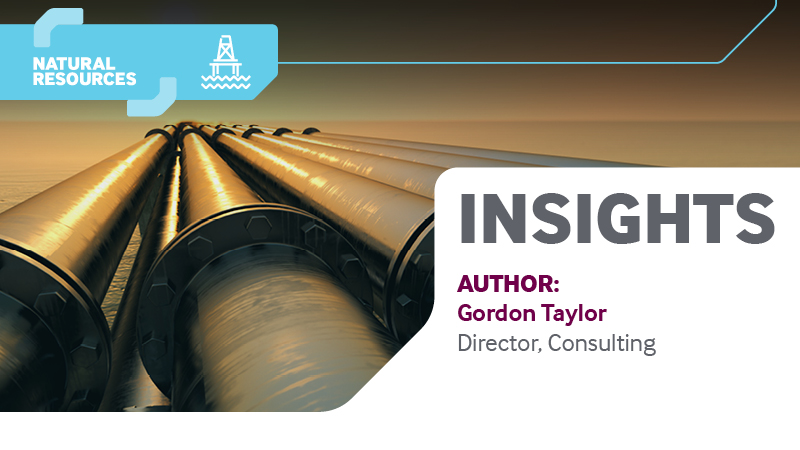 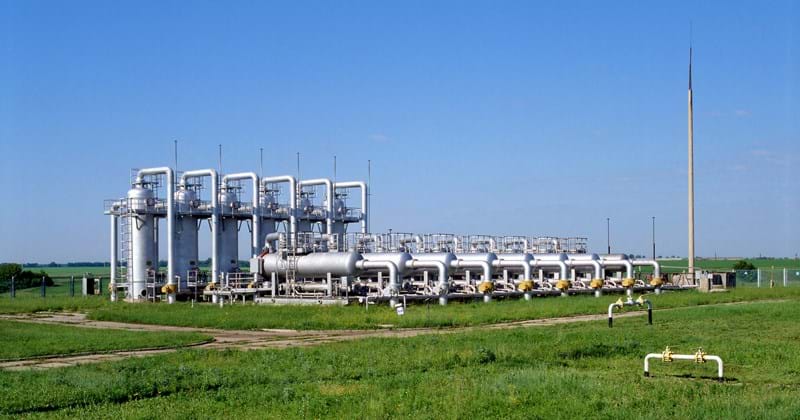 Technical considerations for subsurface storage to support the energy transition 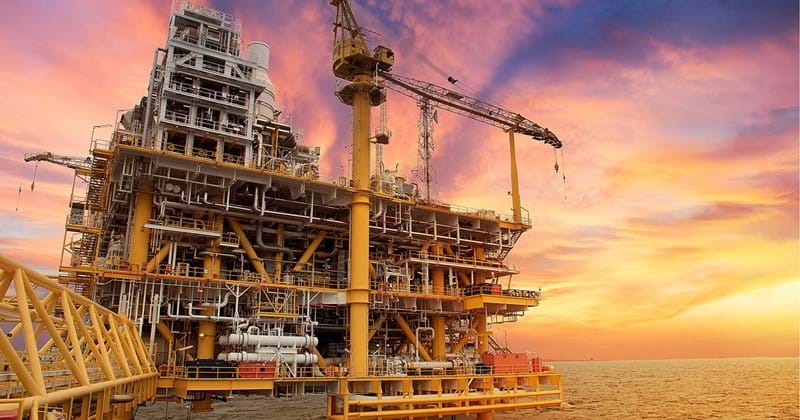