The site, previously used as a mine and scrapyard, had high concentrations of heavy metals and hydrocarbons creating a  complex array of challenges including: collapsing mine shafts, hazardous waste and the presence of Japanese Knotweed.

When ground excavations commenced the quantities swelled to well over 3 times the initial estimates. Our team were faced with 1000m3 of hazardous waste materials and a site which was a 300-mile round trip from the nearest suitably licensed disposal facility.

On site, the extent of the Japanese knotweed problem became clear. Site inspections indicated that maintenance activities had been undertaken without suitable precautionary measures in place to prevent its spread. The result of this was that a significant quantity of excavated soils could not be considered safe for offsite disposal as originally planned. The risk of spreading Japanese Knotweed rhizome contaminated soils to another site was extremely high if the soils were removed. The total quantity of affected soils was around 4000m3 – around 10 times the initial estimate. 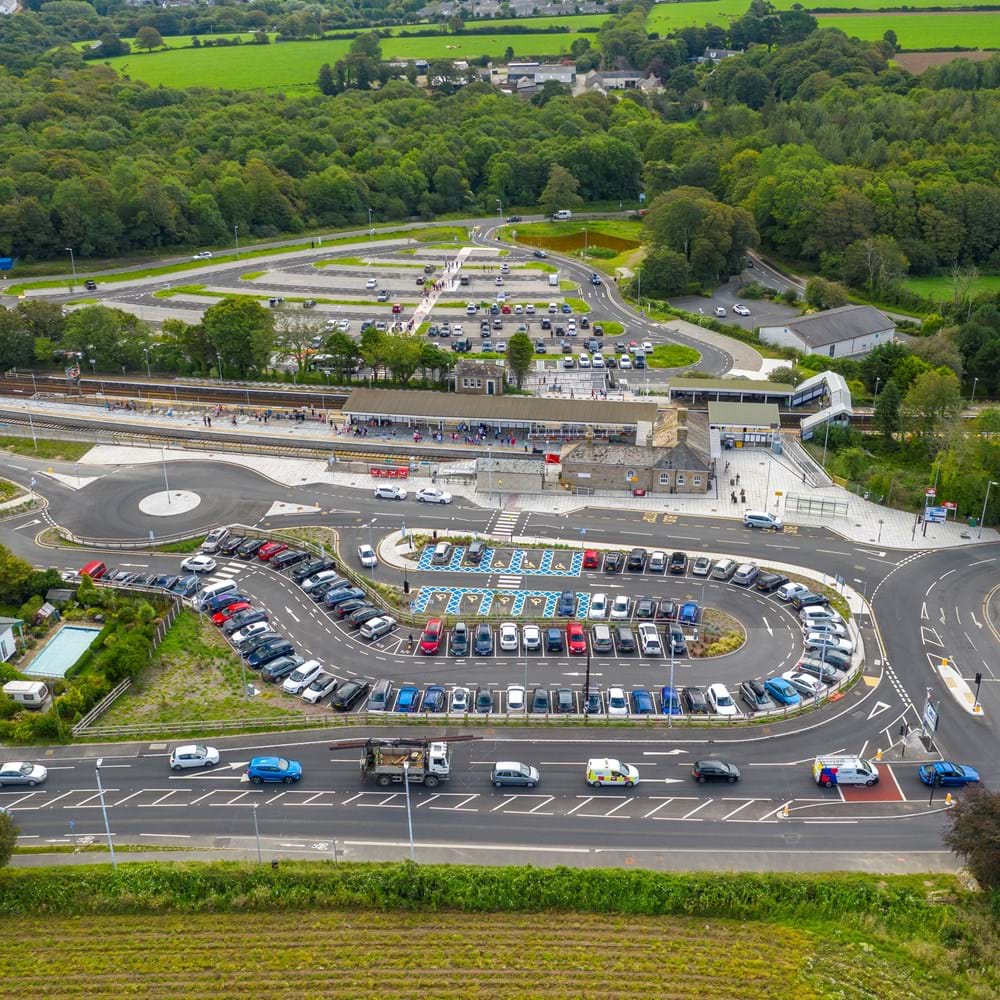 Through collaboration with contaminated land specialists, our team were able to produce a revised Contaminated Land Remediation Strategy which was agreed with the Environment Agency and Local Planning Authority. Our solution involved the bio-remediation of contaminated soils to bring them within the limits for classification as non-hazardous waste. This in turn allowed for materials to be disposed of locally at a land recovery site 10 miles from the project. This represented a significant reduction in transport emissions in addition to strong commercial benefits.

Our team identified the potential to combine the extensive excavation operation to remediate the 120 m long adit (a tunnel used to drain mine shafts) with the requirement to deal with surplus Japanese Knotweed contaminated soils. The process of lime improvement involving mixing lime into the soils to improve their load bearing characteristics - was identified as a potential solution to the issue. This highly innovative solution involved creating an on-site containment cell into which the contaminated material was placed. The spread of the Japanese Knotweed was prevented by installing a secure membrane around the cell.

The solutions delivered drew upon a variety of expertise across environmental, geotechnical and mining remediation disciplines. The methodology applied was the first time in the UK this combination of methods was used to treat and manage contaminated materials on-site.

project of its kind in the UK