RPS was commissioned to develop a landscape masterplan for a new campus following the proposed relocation of two of Mid Kent College’s existing campus developments to a new site in Gillingham.

The site adjoins the neighbouring campuses of the University of Kent and Greenwich University and formed part of a World Heritage Site application. The new award-winning campus comprises some 30,000m2 on a former 4.31ha military site which adjoins the Royal School of Military Engineering and Chatham Historic Dockyard.

The site’s rich history necessitated working in close collaboration with English Heritage to ensure that any development responded sympathetically to the built and buried heritage.

In particular the north-western boundary is contiguous with the Lower Lines fortifications, a Scheduled Ancient Monument (SAM).

The former military training site and the ancient lines of fire to the fortifications meant that the ground had to be cleaned up of any unexplored ordnance before any work could take place. As part of an extensive ground works investigation and archaeological digs, the team unearthed a 19th Century ‘Listening Post’, the only known surviving example in the country so the structure was preserved in situ as part of the proposals. 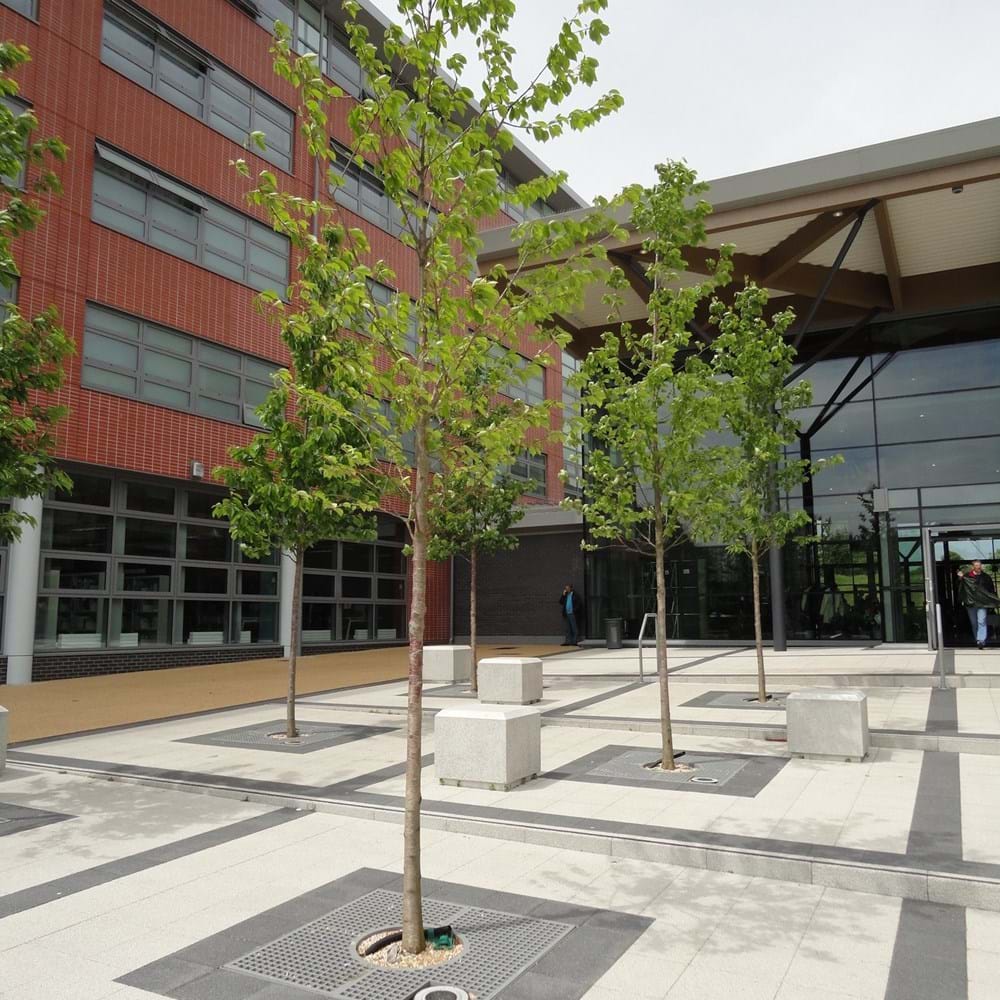 As part of a multi-disciplinary project team, we developed a landscape led approach, setting the buildings into the rising topography which respected and restored the original vistas from the northern ramparts of the SAM, south across the site and beyond, securing approvals from English Heritage. A series of green wedges between the three curriculum blocks was further enhanced by green roof technology across the lower link pavilions to restore the historic ‘lines of fire’ from the ramparts.

The campus project was subsequently awarded a ‘Best New Build’ at the Medway Culture and Design Awards 2010.

Following the success of the new college campus, we were appointed to design and deliver a significant new area of public open space next to the college site. This included opening up parts of the historic fortifications to the public for the first time and breaching the moat with a new pedestrian crossing. The new park provides pedestrian and cycle paths, woodland trails, a play area and areas for recreation amongst meadow area and ornamental planting.