RPS developed the tidal forecast database to provide tidal currents for dredge plume and discharge dispersion modelling in Gladstone Harbour. RPS used the Delft3D model to replicate the complex current conditions that exist within Gladstone Harbour. The model used five vertical layers to describe the vertical structure of the water column, high horizontal resolution, as well as wetting and drying algorithms to define the extensive tidal flats and mangrove regions within Port Curtis. Several different datasets were used to describe the shape of the existing seabed, including the latest electronic charts, and extensive surveys taken by RPS in the intertidal regions and the less defined regions. The model was calibrated using ADCP current and water elevation measurements. Model performance was then rigorously validated using the currents and water elevations from the model output and comparing them to additional (independent) deployments at several depth layers. The validation process ensured that the model predictions were reliable and accurate.

The system was used in an operational capacity to provide daily forecasts of the dredge plumes, which was in turn used to guide monitoring teams to the best locations to sample the dredge plumes.

Since the development and validation of the model for the region, the tidal current data is stored on the RPS Environmental Data Server (EDS) and is used to provide high resolution tidal current forecasts for 24/7 response modelling of oil and chemical spills and search and rescue incidents within the Gladstone Harbour region. 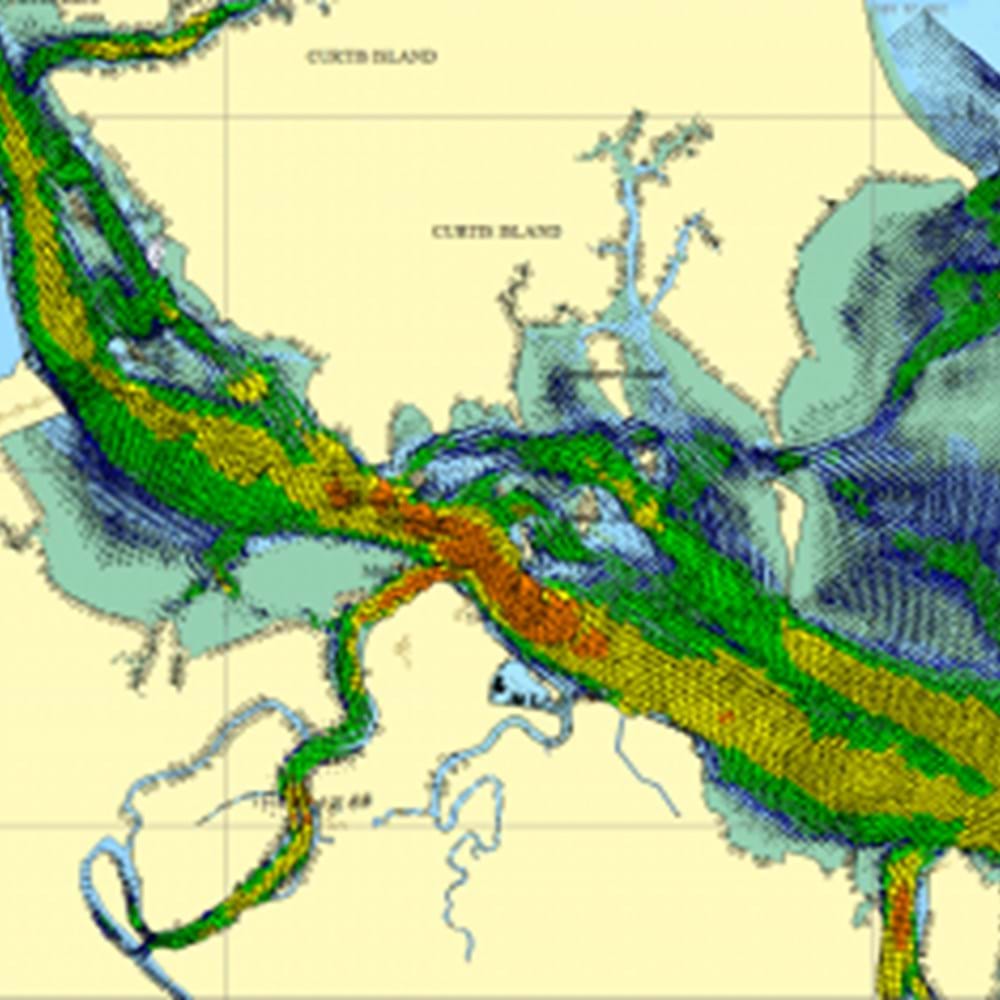 RPS applied a variety of in-house and third-party data, during this project, including open boundary tidal elevation data, bathymetric data, and tide station surface elevation data. Some of these sources are listed below. Several in-house software systems were used to generate, process and distribute the tidal current model data, including the Delft3D hydrodynamic model and the Environmental Data Server (EDS).