While New South Wales has experienced more than its fair share of flooding over the last twelve months, rewind just a few years and communities were in the grip of an unprecedented bushfire crisis.

The 2019-2020 fire season is scorched into the memories of RPS’ environmental team in the Newcastle region. They saw firsthand the devastation caused to the lands they work on, and the ecological communities they work so hard to conserve and protect.

Our ecologists know that bushfire seasons like it will come again. And that’s why they have been working with the Worimi Land Council Aboriginal Green Team and other community partners to complete a historic ‘cool burn’ at Kings Hill.

It’s a process that could protect the land from the large-scale uncontrolled burning that was seen during Australia’s Black Summer.

Located near Raymond Terrace, Kings Hill is an area where native bushland meets agricultural pastures. The Pacific Highway runs nearby, and the cleared paddocks are regularly used by local organisation, Riding for the Disabled, who support people with physical and intellectual disabilities with horse riding for therapy and fun. 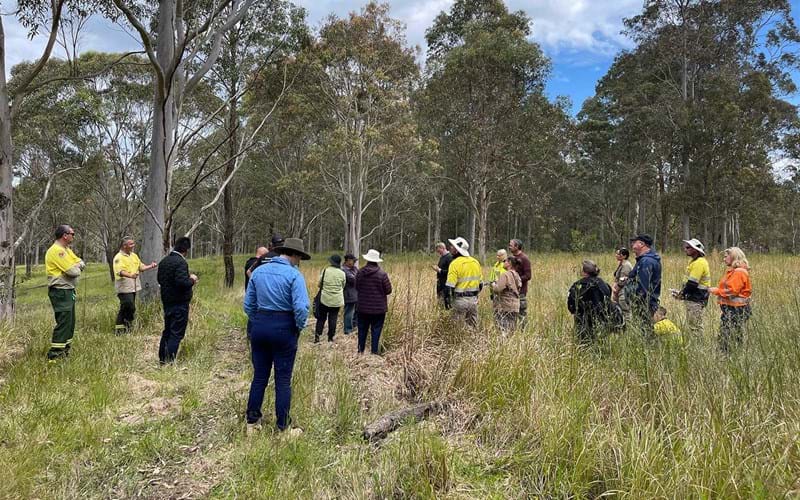 Kings Hill didn’t burn during Australia’s Black Summer. But it could have, says RPS Principal Ecologist and team lead for the initiative, Mark Aitkens:

“The accumulation of bush fire fuels across the Kings Hill site is considerable and there hasn’t been a controlled burn, or an uncontrolled bushfire there for at least 30 years.

“The risk gets higher every year as the fuel load builds up, so we wanted to initiate a coordinated approach to protect the land, ecological communities, and the people that use both this site and the lands that surround it.

“Cool burning is the extension of a cultural land management practice administered over thousands of years (for land sustainability and ceremonial processes etc) by Aboriginal Peoples. The practice has proven outcomes for both rejuvenation and respect for the lore of the land, so partnering with the Worimi Green Team to bring this age-old practice back to Country was a no-brainer,” he said.

The aim is not to scorch the earth and destroy soil, plants and animals in the same way that uncontrolled fires largely do, but to be strategic, careful and respectful to the environment and the communities of flora and fauna indigenous to the area.

It’s an approach that ensured degraded land at Kings Hill was burned respectfully with traditional practices and science. And as members of the Worimi Aboriginal Land Council's Green Team are receiving ongoing training from Firesticks Alliance to achieve their accreditation in cultural burning, having community partners walking the land together was an opportunity for land and learning alike. 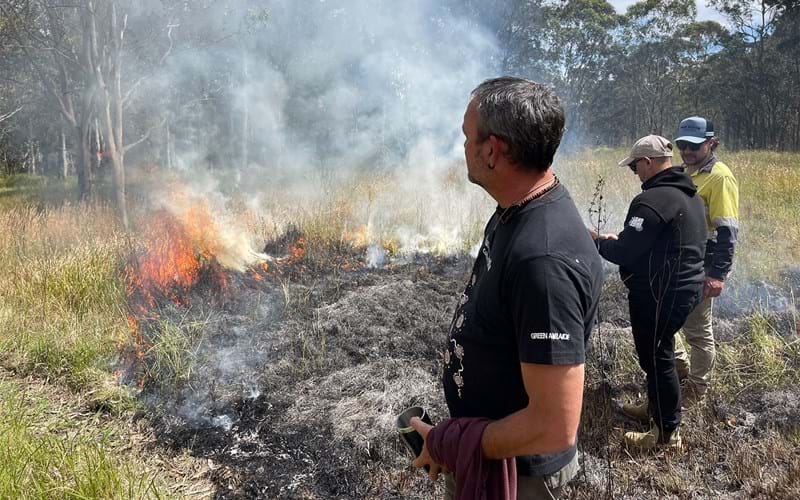 The CEO of the Worimi Local Aboriginal Land Council, Andrew Smith, shared his insights on the importance of the Kings Hill cool burn for Country and reconciliation in an interview with ABC Radio:

“In human societies we used a spear, however on the land ‘fire’ is our spear of reckoning, and a cool burn restores harmony to the land, punishing those (flora) that should not be there and restoring balance to the native endemic species belonging to Country.

“When the environment and mother earth tells us it’s time to move, there was a cleansing of that space and place, done in a manner that was respectful …a fire farming of the land through fire stick management allows balance to be restored to the land, replenished and rejuvenated, allowing our Mother to breathe and be revitalised,” he said.

“[The cool burn] is historical for all of us collectively, the local Aboriginal People, and I guess all of science to return to Country what hasn’t been done for millennia. This caring for Country practice…it’s bringing back something that’s been missing for a long time.” 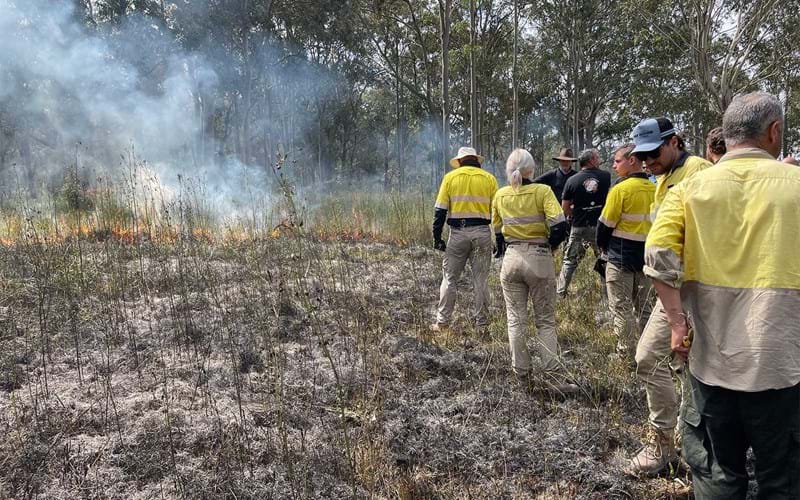 The opportunity for the cool burn was made possible through a partnership established between the Worimi Local Aboriginal Land Council (WLALC) and the majority landowners of the Urban Release Area, Kings Hill Development Pty Ltd.

Although this burn was only a trial, the landowner proposes to incorporate cool burning practices into its land management plans as part of a proposed 1900 lot residential subdivision at Kings Hill. This will ensure that the health, diversity and productivity of the environment are maintained or enhanced for the benefit of future generations. 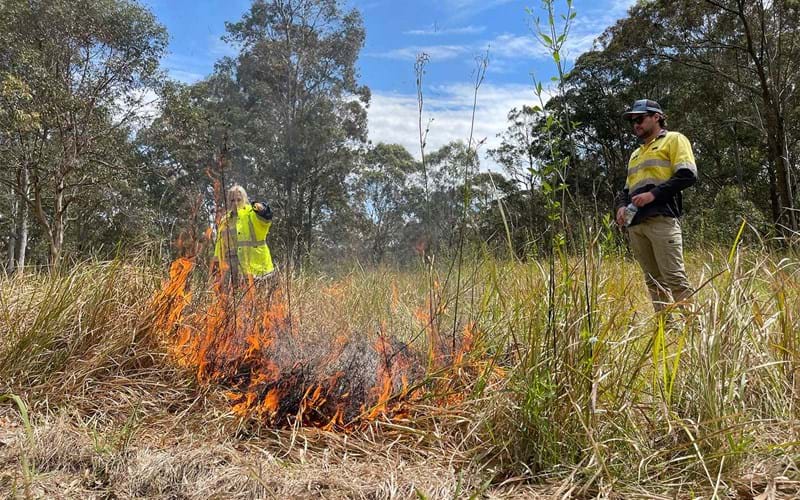 “Cool burning contributes greatly to the conservation of biological diversity and ecological integrity. It’s a core principle of ecologically sustainable development that underwrites the current legislation for assessment of environmental impacts.

“Through practitioners such as Firesticks and the soon-to-be accredited local Worimi Green Team, it’s now about spreading the knowledge and working with landowners and authorities (cultural and contemporary) to manage the landscape the way it is meant to be,” he said.

Get in touch with the team