RPS delivered a major integrated field study of the Kirkuk Field in Iraq during 2004 to 2006.

The Kirkuk field was discovered in 1927 and comprises a long, sinuous anticline about 105 km long and 3-5 km wide. The anticline is orientated in a NW-SE direction with 5 separate culminations or domes, known as the Zab, Khurmala, Avanah, Baba respectively and Tarjil Domes, as illustrated in the satellite image below. Oil is present in several reservoirs including the Middle-Upper Miocene, Oligocene, Eocene, Palaeocene, and in the Lower and Upper Cretaceous.

An optimised grid design was needed to provide the required level of detail while minimising run-times in the simulator. The main objectives of the 3D model were to assess the volumes of hydrocarbon in-situ and to provide a basis for scoping simulations of various development scenarios for the ultimate purpose of economic modelling.

As part of the detailed reservoir characterisation process, the various reservoir units were subdivided based on wireline log responses, mainly using Gamma Ray (GR), Density (FDC) and Neutron (CNL) logs. A detailed correlation of wells using GR was undertaken to subdivide and better define the reservoir units of the Main Limestone for petrophysical analysis, and for input into a numerical geological model and reservoir simulation using Petrel™. A 3D cellular geological model was built using Petrel™ software and used ECLIPSE™ for dynamic reservoir simulations.

The Kirkuk simulation grid structure was optimised for simulation modelling, in areas of high well density, the cells were forced to be smaller, whereas in areas between the main domes, the cell size was increased. 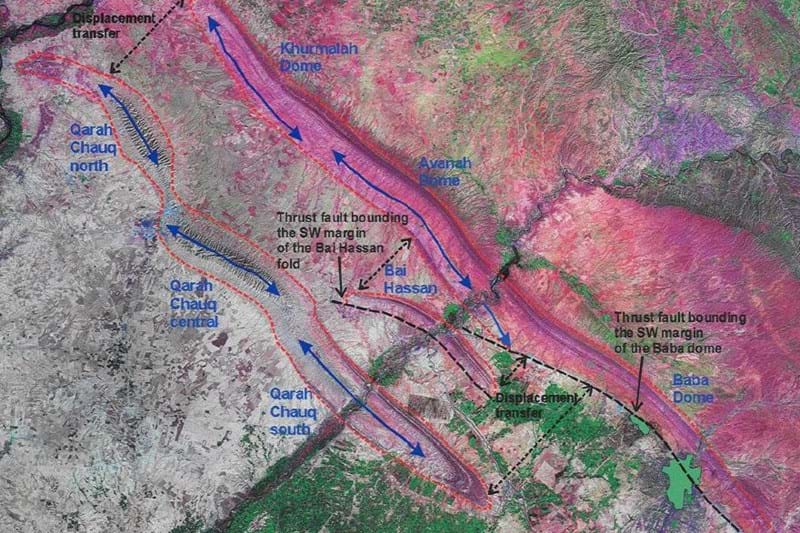 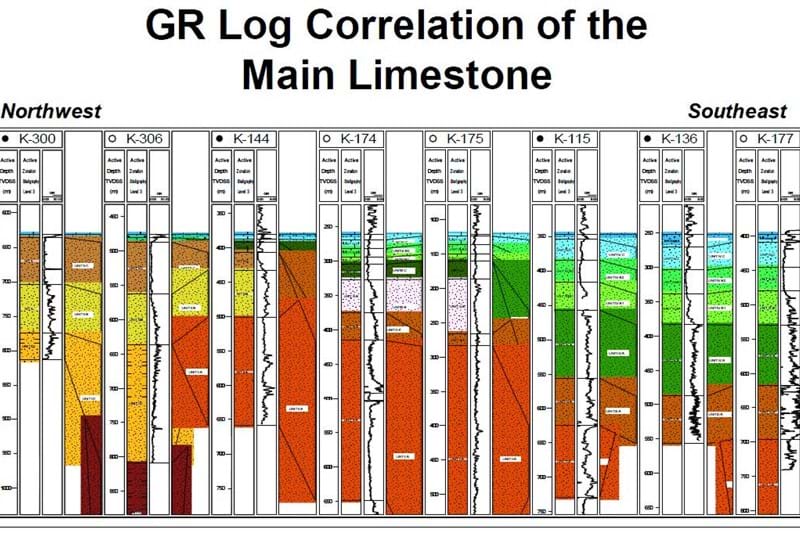 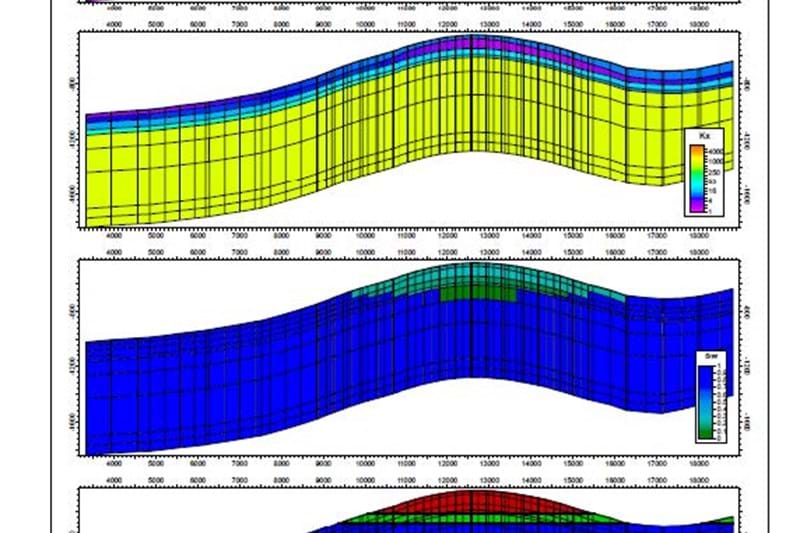 A series of sections through the Khurmala Dome, North Kirkuk 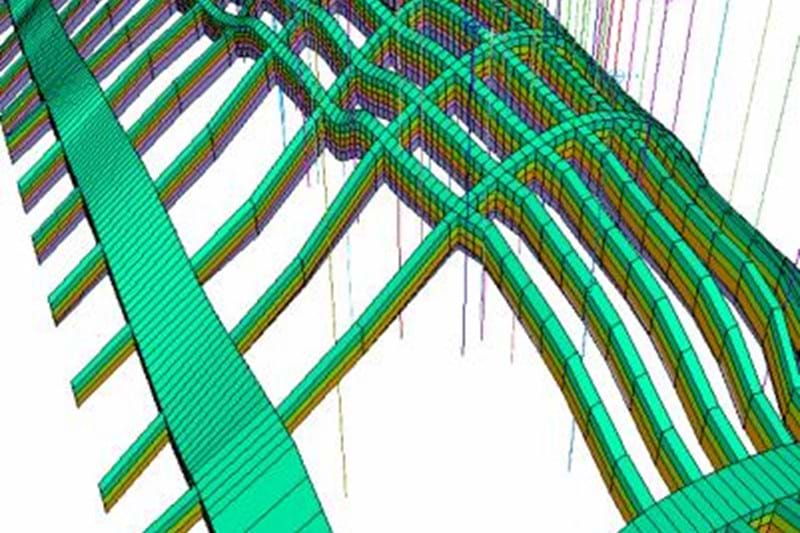