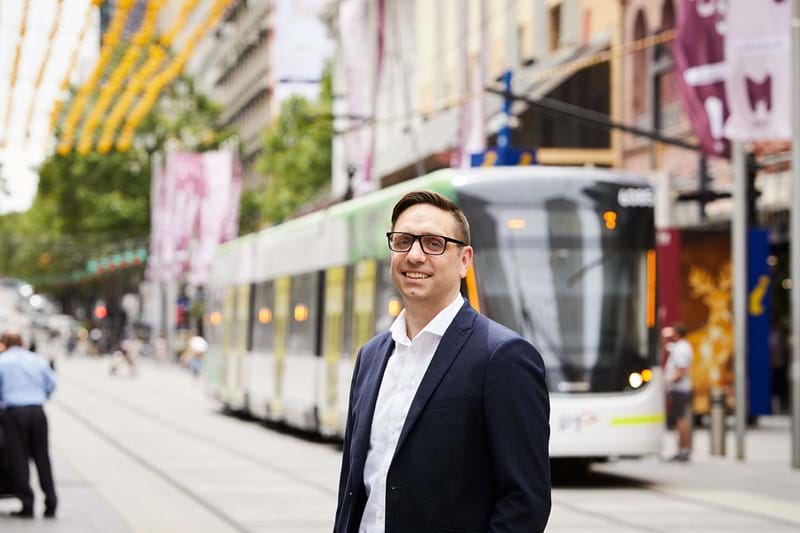 With a wealth of experience working on public sector projects, Paul Miziewicz oversees a team of planners working on one of Melbourne’s most anticipated rail transport projects—the Melbourne Airport Rail Project. Here, Paul shares what he thinks it will take to turn Melbourne into a truly global city, the local band he’s keen on at the moment, and his dreams of leaving a lasting mark on the city of Melbourne.

QWhat does a day in the life of Paul look like?

I’m a Principal Planner in RPS’ Place and Environment team, responsible for leading a lot of statutory approval applications for major infrastructure projects, particularly in the rail sector.

I also do quite a bit of work with RPS’ Communications and Engagement team with getting approvals across the line, because they generate vital data we require to formulate our cases. I also coordinate a team of planners, provide technical advice, and prepare approval documents – my days are quite busy!

The Royal Exhibition Building or Carlton Gardens with the young ones.

I really like Dorsal Fins. I can’t wait to see them live again.

There’s a spot near our offices called Traveller which is pretty good!

Essendon all the way.

I’m currently working on Melbourne Airport Rail, which is a key part of Melbourne’s current infrastructure push. It’s been in the works for a long time now, but once it’s fully realised it’ll really take Melbourne to the next level as a global city.

Once people can fly into Melbourne Airport and get directly into the city or connect to regional Victoria by train, that’ll be an absolute game-changer. It’s a great outcome for the city, and it will help Melbourne compete on the world stage.

QIs there a particular project you’ve worked on that stands out in your mind?

When I worked at Darebin Council I was part of the Reservoir Station redevelopment, which recently won some fairly high-profile architecture awards, so I’m pretty proud to have been involved in that one.

The ‘Big Build’ being pursued by the State Government has a lot of once-in-a-generation infrastructure projects, you almost couldn’t count them all on two hands.

Suburban Rail Loop, the North East Link, Melbourne Airport Rail, you name it - the next ten years are going to be so transformative for the city. It’s a huge opportunity that’ll completely change the way Melbourne grows and operates.

QWhat makes for a dream project in your mind?

I’ve always wanted to be a part of transformative, city-shaping projects - the large-scale initiatives that stand the test of time and leave a mark on the city. So being a part of the Melbourne Airport Rail project means I’m living the dream!

QWhat advice would you give to a younger Paul when he was just starting out in consulting?

Give it a go! Be curious in terms of how you approach problems, and that it’s ok to be afraid of failing but don’t worry if you do.

QWhy are you proudly Victorian?

I was born and raised here, so it’s where I’ve spent my whole life. Without boiling it down to coffee and football, we’ve got a really strong and unique cultural presence, and it truly offers something for everyone. Whether it’s a comedy festival, a footy game or our café culture, there’s really a lot to love about living here.

Want to know more about our work in planning? Get in touch!

A new spring for Victoria 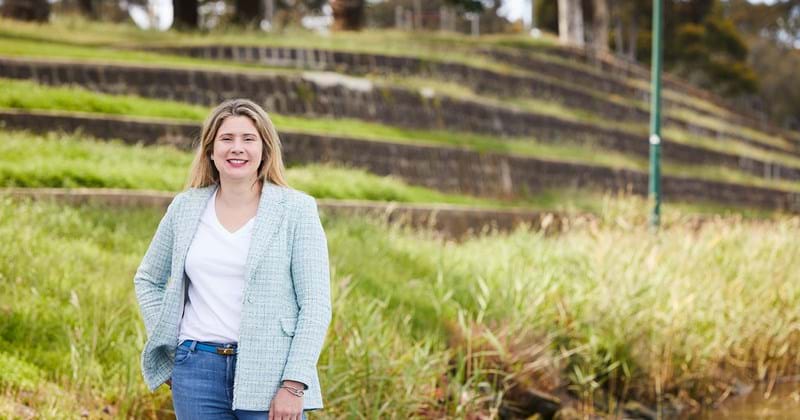 Anna Crameri: Paving the way for a renewables-based future

Read more »
Back to Home
Get in touch