RPS were tasked with obtaining planning permission for a mixed-use development in outline for a 52 hectare site (128 acres) on behalf of two land promotion companies for onward sale to housebuilders / developers on the edge of a market town in Worcestershire. To achieve a consent the site first needed to be identified in the Local Plan for residential development purposes in face of multiple objections. 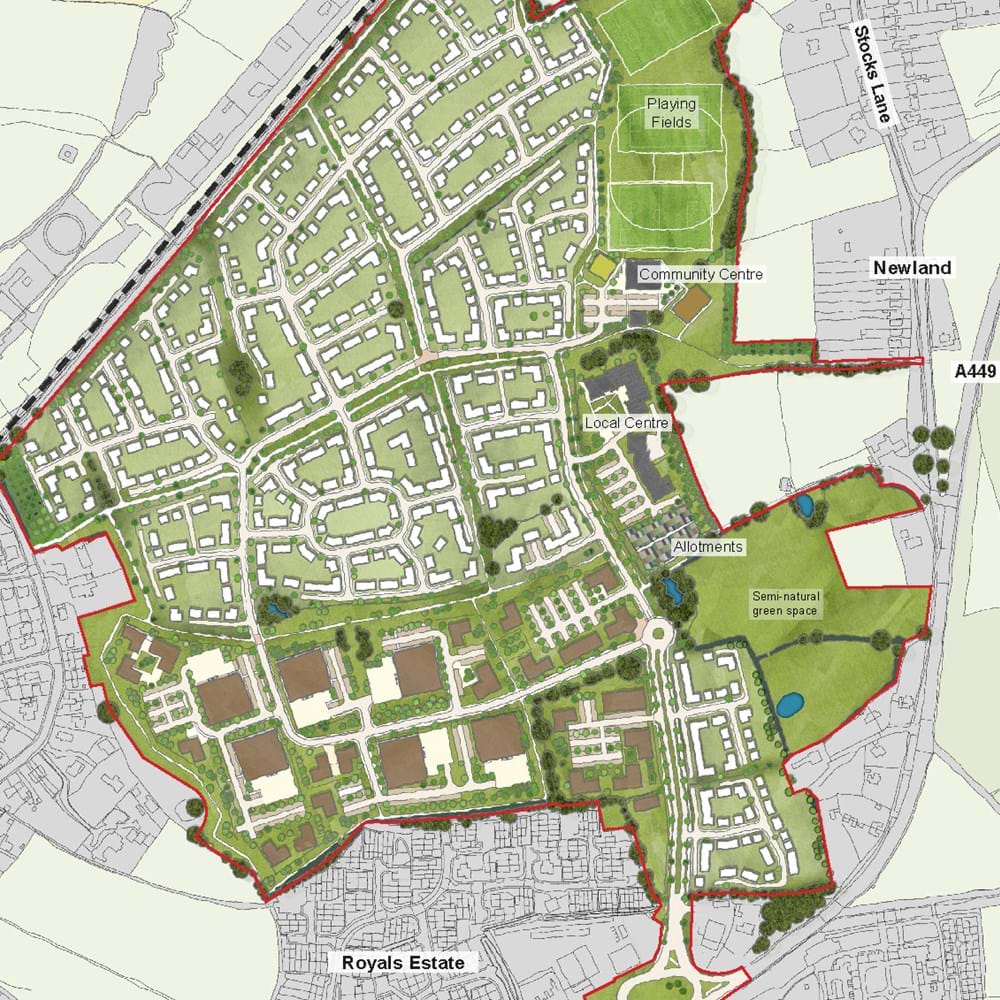 We provided initial advice regarding the site, its promotional strategy and general prospects for success in securing it as a strategic allocation in 2006. We successfully promoted the site’s inclusion in the South Worcestershire Development Plan (SWDP) from consultation in 2007 through to Public Examination in 2015 and subsequent adoption in 2016 and project managed a wide-ranging consultancy team to create a credible evidence base for the site.

The Councils submitted the SWDP to the Secretary of State in May 2013 for independent Examination. The Inspector published interim conclusions in March 2014, responding to submissions by RPS and others to the Examination. This included matters relating to the overall housing need for the SWDP area and included an Objectively Assessed Need (OAN) for each of the three SWDP Authorities. Responding to the Inspector’s Interim Report to account for changes to the OAN and to ensure soundness, the Councils made a number of proposed modifications to the SWDP, as part of the examination process. This included the allocation of an additional 100 units, increasing the site to 800 dwellings. RPS subsequently acted on behalf of the site promoters at the re-convened Examination in 2016 defending the site in face of competing site promoters and multiple objection groups.

Our site promotion included the production of delivery documents with RPS inputs on planning, masterplanning, landscape and heritage. We providied expert evidence throughout the Local Plan Examination.

The Local Plan Inspector confirmed that this was the most appropriate development site around the whole of Malvern Town.

In tandem with the site’s promotion through the latter stages of the development plan, RPS project managed the preparation and submission of an outline planning application. This involved a full public consultation exercise, an Environmental Impact Assessment and supporting technical reports for 800 dwellings, 10 hectares of employment use, a community centre, local shopping facilities, a care home and public house and open space/sports pitch provision. Following revisions to the scheme and reduced s106 payments the application was approved at Planning Committee in October 2018.

hectares of B class employment land

hectares of land for sports and local facilities