On the morning of January 13, 2011 after a large overnight storm, workers at the Ko Olina Resort on the leeward coast of Oahu, Hawaii came across medical waste items such as syringes, blood filled vials and sharps, stranded on the beach. Additional claims of stranded medical waste at sites along the coast were reported. After extensive data collection and interviews, the U.S. and Hawaiian Departments of Justice (DOJ) sued the Waimanalo Gulch Sanitary Landfill for illegal release of hazardous waste material after a containment dike breach following large storm related rainfall and local flooding. The DOJs hired RPS to evaluate the environmental forces that could have transported the medical waste materials to the identified stranding sites at the reported times. RPS constructed a timeline of events and used data analysis and modelling techniques to verify the findings. The case was settled before going to court.

In December 2014, RPS started the project.

In January 2015, the environmental and waste modelling analysis testimony was delivered.

In July 2015, the project was completed.

Medical waste sitings were reported both north and south of the stormwater culverts that drained the landfill, and were reported by individuals when they were sited, not necessarily when the waste stranded leading to a complex set of possible events. The area around the island of Oahu is complex and while some environmental data was available during the event time period, it was from various locations and not always complete. In addition, the medical waste consisted of a variety of objects that behave differently in the water, some floating some semi-submerged, making the simulation complex. The data and analyses had to be descriptive and verifiable enough to stand up in court. RPS scientists gathered multiple forms of environmental data and performed an in depth analysis to develop a description and timeline of the environmental forces that interacted to transport the medical waste from the storm drain outfall to the various sites along the coast. The data analysed included both observations and model predictions and hindcasts of winds, currents, waves, and storm system passage and accompanying rainfall. A medical waste trajectory model was developed based on U.S. Coast Guard floating body behavior algorithms and drift factors for medical waste types, that was used to hindcast the event. Expert testimony was developed providing a detailed description of the timeline of environmental and waste siting events and submitted to the Departments of Justice. 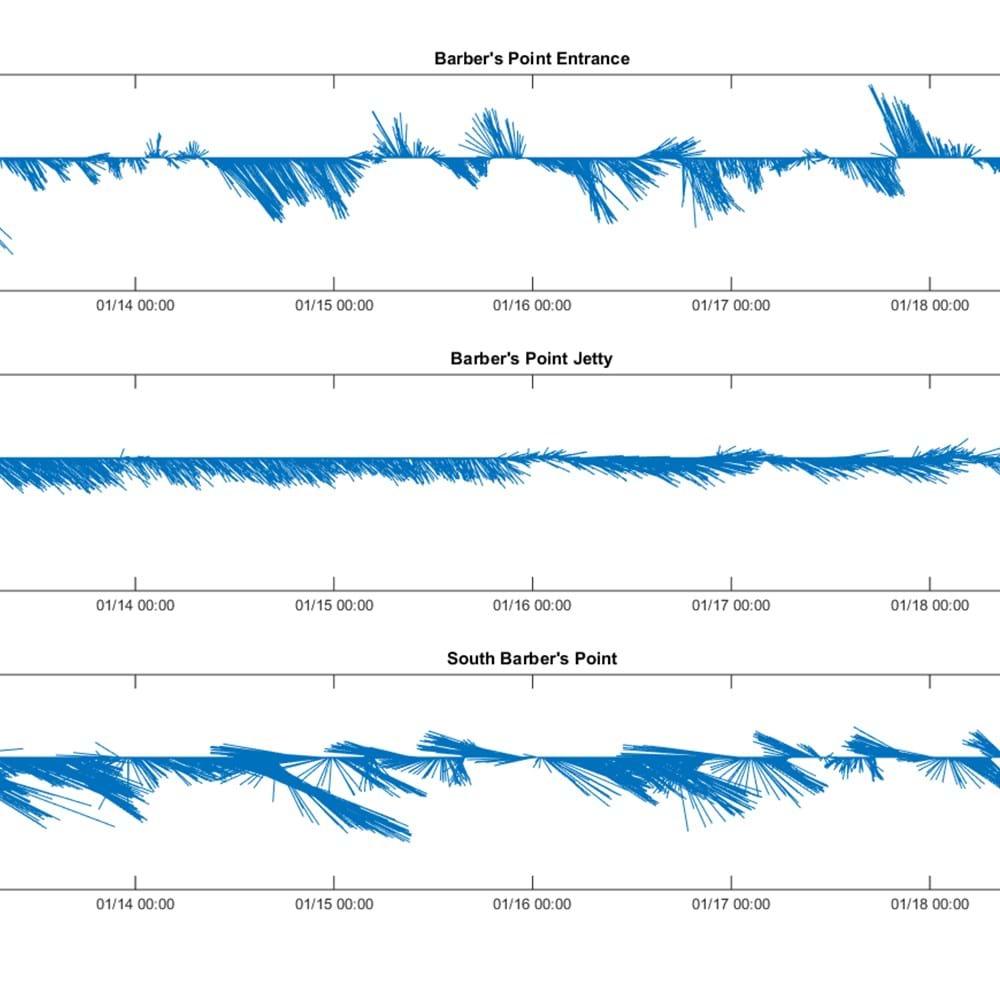 pounds of medical waste was buried at the landfill, some ending up on the coast

inches of rain fell on the island in a short period

photos of stranded waste were entered into evidence