We advised Lidl on the development of the St John’s Street public car park to provide a new Lidl foodstore, including the preparation and submission of the planning application and undertaking negotiations with the planning authority. As well as providing the planning input we co-ordinated the development team and provided technical reports on retail impact, built heritage, ecology, arboriculture and landscaping.

Refusal of first & submission of second application (May)

The site lies immediately adjacent to a Conservation Area and listed building. In addition the visual impact of what was a modern design of foodstore with brightly coloured illuminated signage was a concern for local residents and the planning authority. The site was also out-of-centre in terms of retail policy.

Despite submitting an application for a modern design of store following positive pre-application feedback from planning officers, the subsequent response from the planning authority was negative in respect of the scheme’s visual impact on the Conservation Area and listed building. The first application was refused on the grounds of design and heritage impact, meaning a second revised application had to be made.

Following the final approval of the scheme it became apparent that the electricity supply was going to be insufficient to power the development so a new larger sub-station was required that necessitated an amendment to the approved scheme. 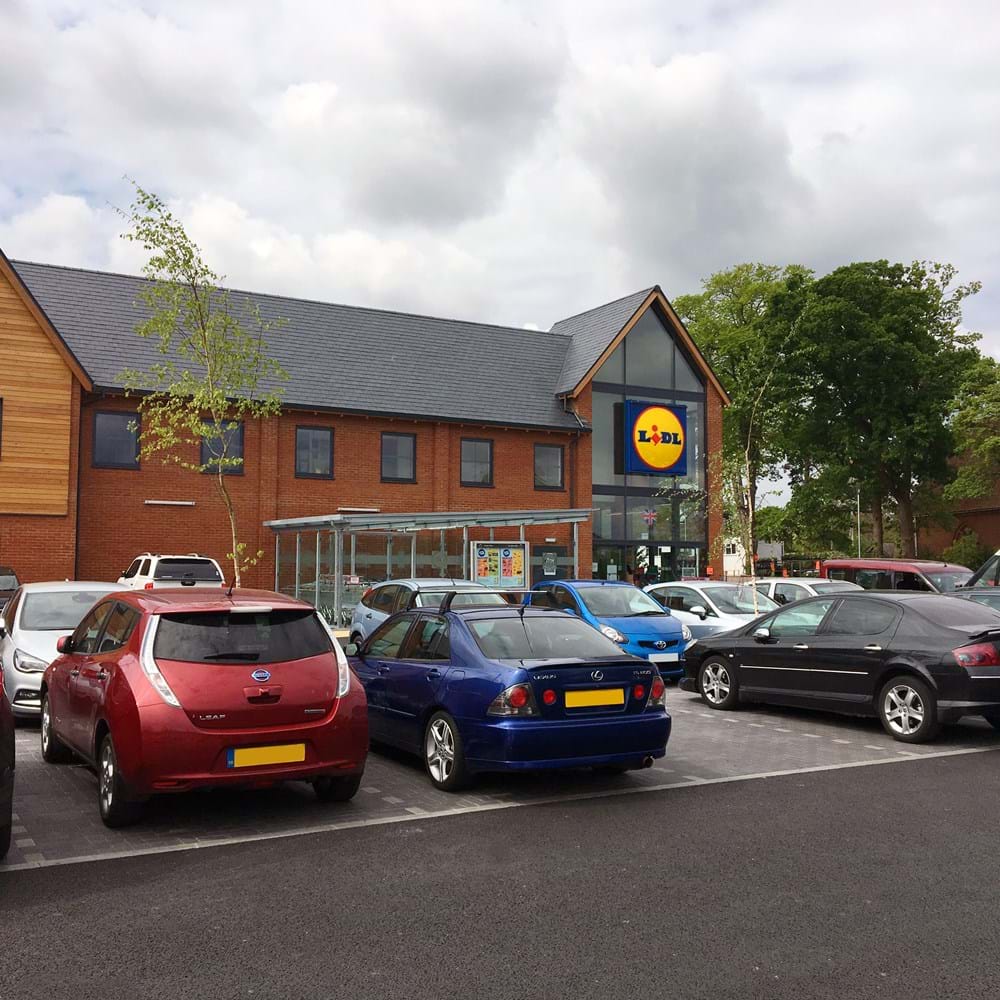 We provided input into an amended application that provided essentially the same store footprint but with more traditional materials and design features: the previous extensive areas of glazing, silver composite cladding and silver aluminium roof were replaced with brickwork, timber weatherboarding, clay hanging tiles and slate roofing, and gable features incorporated into the elevations. This more traditional design formed the basis of a second planning application that was subsequently granted permission by New Forest District Council.

The sub-station was proposed at a prominent location on the site frontage and required the removal of two parking spaces. We formulated a strategy where the development of the infrastructure was undertaken by the electricity provider under permitted development rights, by-passing the planning authority. Amended drawings showing the new sub-station were then substituted into the planning permission as a minor material amendment.