The UK is currently facing a shortage of archaeologists yet development means demand is rising.  Aline Behrendt - Archaeological Consultant who joined us last year from Germany - talks about her journey into the profession and why she hopes Brexit won’t discourage others from also making the move.

The UK is currently facing a shortage of archaeologists with some calling a crisis in the profession. Statistics show the number of university students enrolling on courses has declined as increasing numbers of those in the profession leave in the face of low wages and poor job security; many employed on a project-by-project basis. This has led to a lack of appropriately skilled archaeologists at a time when commercial need is increasing.

To meet the demand driven by a rise in house building and major infrastructure projects planned, many firms are increasingly employing talent from overseas, particularly EU nationals.

Brexit has therefore got the very real potential to make things worse. Following our official exit on the 31st January, the UK is now in an eleven-month transition period as the government sets out to negotiate the terms of our new relationship with the EU. During that time we remain in the single market but the terms after that point remains unclear.

Archaeological consultants have a valuable role to play in enabling the development that the country needs. It is vital that we highlight this to encourage the younger generation to enter the profession and the continuance of relevant courses. We need to make sure we continue to attract archaeologists from overseas, who are crucially important to meet the commercial demand.

We are lucky to have some of the best and brightest archaeologists in our team, both from the UK and further afield. Sharing her experience, Aline Behrendt - Archaeological Consultant who joined us last year from Germany - talks about her journey into the profession and moving countries to land her dream job.

Tell us about your career journey to date

I have known I wanted to be an archaeologist since I was 14. After some volunteering in my school years I enrolled on Archaeological and Scandinavian Studies at the University of Freiburg, spending my third year at Umeå University in Sweden. During this time, I was also a research assistant for a PhD project about Vikings in popular culture as well as a tutor for Old Norse.

I then went on to do an MSc at the University of the Highlands and Islands in Orkney Scotland (more Vikings) in 2013. Job opportunities after university were hard to come by, largely temporary and low paid which meant I had to look for roles outside of the profession. Then in late 2016, I got offered a trainee position as an archaeological geophysicist in County Durham (another move!) where I worked my way up for almost three years. Fast forward to 2019, I am now calling Nottinghamshire home. It has been quite a journey to get here but I love the profession so followed the opportunity wherever it took me.

What attracted you to working in the UK?

The opportunities it offered! The majority of jobs back home in Germany were short term contracts and it would have been difficult to sustain a career. I knew a lot of archaeologists that were always looking for work.

What advice would you give to anyone who is in a similar situation today and worried about the impact of Brexit?

I’d say take it one step at a time. Moving countries can be daunting but the opportunities it can offer makes it all worthwhile. Take the time to gather all the information you need to make an informed decision but wherever the final agreement lands, don’t let it put you off. 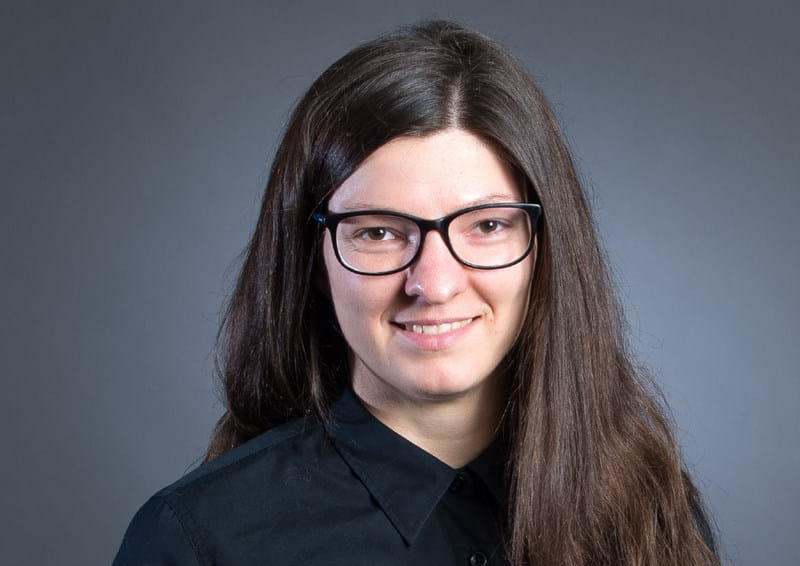 Aline Behrendt, Archaeological Consultant, talks about her journey into the profession and why she hopes Brexit won’t discourage others from also making the move.

What attracted you to archaeological consultancy?

I enjoyed working in geophysics but I never got the chance to see the bigger picture or the role my work played. As an archaeological consultant I’m still part of the same process, but a lot more involved. We get much better visibility over the whole planning process.

Development funded field work has offered the chance to research and record assets we otherwise wouldn’t have known about. If we record these and put them into context within the wider historic landscape, and at the same time support areas to fulfil their need for new housing then I think we’ve done a good job. It’s a very modern take on archaeology and I like that we have a significant part within this sector.

The excitement of excavation driven by development is that we are now looking in areas previously held to be blank archaeologically and finding new sites. That might be the Derbyshire coalfields, Bedfordshire claylands or going deeper and deeper within the Fens. This fieldwork has transformed almost all previous models / understandings and is literally rewriting history.

What do you enjoy most about your job?

The range of work I am involved in, including desk-based assessments, site visits and research in record offices. Working predominantly on residential projects, from smaller developments to strategic land, I have been involved in sites across the UK – Essex, Cambridgeshire, Northamptonshire and Worcestershire to name a few.

I’m also really supported by RPS, given the opportunity to learn and face new challenges and a lot of time is invested in my development. It’s brilliant to be able to enjoy a permanent position with a bright future in archaeology ahead of me!

What would you say to someone considering a career in archaeological consultancy?

It’s a really interesting time for archaeologists at the moment so I’d definitely say go for it. On top of that archaeologists are a really social bunch, and in consultancy you get the added bonus of unlimited teas and coffee when you’re at your desk!