What to expect as Future Homes and Future Buildings Standards develop

To achieve the UK's ambitious net zero target, the Committee on Climate Change has stated buildings must be decarbonised by 2050. In light of this, the Future Homes and Future Buildings Standards are being developed with a target implementation date of 2025.

To support the transition the Ministry of Housing, Communities and local governments consulted on options to uplift the energy efficiency and ventilation standards, PART L (relates to conservation of fuel and power) and PART F (relates to ventilation) for new and existing domestic and non-domestic buildings in 2021 as a stepping-stone before the standards come into full force. The updated regulations are due to come into force June 2022.

PART L upflifts for dwellings takes us as far towards the Future Buildings Standard as possible, with a 31% reduction in CO2 on average per building over the current Part L (2013) standard and the proposed preferred option for non-domestic buildings suggests a 27% CO2 reduction.

While overheating assessment was previously only required for major development in London at planning stage, it will now be required for all residential developments. The term ‘residential building’ includes all dwellings and buildings containing one or more rooms for residential purposes, other than a room in a hotel.

When it comes into force in 2025, the Future Homes Standard will ensure an average home will produce at least 75% lower CO2 emissions than one built to current energy efficiency requirements.

Primary energy is introduced as the principal performance metric for new dwellings and non-domestic buildings, with the continued use of CO2 as a secondary metric, along with Fabric Energy Efficiency for dwellings. Primary energy is a measure of the total energy used including energy losses from extraction, processing, conversion and transportation. The new added factor of primary energy means that although CO2 emissions of an electric heater or electric heat pump are lower than those of a gas boiler, primary energy consumption will play a bigger role.

In this case, primary energy factor would suggest that electric heaters are not favoured compared to gas boilers and heat pumps due to high primary energy used.

The notional building used as a base of comparison for complying with building regulations will now incorporate photovoltaics (PVs), unless a heat pump meets 100% of the actual building’s space heating demand for the non-domestic building. This is intended to discourage excessive levels of PVs in the actual building being used to reduce fabric performance. So ‘Fabric first’ approach is greatly supported.

The Government’s previously produced Accredited Construction Details (ACD’s) are now removed as an option in PART L1A (dwellings). The justification is that over time, these ACD’s have become out of date and the consultation proposed to remove them on the basis that they will no longer work with the new fabric specifications for Part L 2021. At the same time the default psi value of 0.15 W/(m2.K) has now increased to 0.20 W/(m2.K).

Pulse testing, a new method, is introduced with a new requirement to test all dwellings, removing the option of sample testing on block of flats is also introduced.

It is proposed that wet space heating systems  should be designed to operate with a flowrate temperature of 55°C or lower in the final heating circuit. While, for non domestic buildings, this is still under consultation, for domestic buildings this has already been approved.

The proposal for low-temperature heat may result in larger heat emitters (radiators or underfloor heating) but there will be less disruption if systems need replacing with heat pumps or district heat systems. This flow temperature would be beneficial by increasing the efficiency of condensing boilers, giving an immediate energy saving to the consumer. This also applies to replacement of whole wet systems in existing buildings too.

It is recognised that limiting solar gains plays an important role in maintaining comfort conditions and reducing the need for active cooling which leads to increased energy usage and CO2 emissions.

A new approved overheating document will come into effect requiring all residential buildings and buildings with similar occupation such as care homes and student residences to perform a separate overheating study. Thus, criterion 3 ‘Limiting Solar Gains’ of PART L of Building Regulations is now removed for PARTL1A-dwellings.

The overheating analysis can be performed by either of the two options: simplified (where compliance with guidance on window sizing, g-values and shadings has to be shown) or Dynamic Simulation Modelling. It is noted that, from now on, the effect of curtains and blinds as well as trees is not to be accounted for as a means of shading in the overheating calculation due to the uncertainty on usage and the possibility of being removed.

For the non-domestic buildings it is proposed that criterion 3 will remain, but the reference window (windows used as base for comparison for complying with criterion 3) g-value will drop from 0.68 to 0.48, making it harder to comply for windows with g-values of above 0.48.

Although Operational energy is yet to implemented in the Future Homes Standard for dwellings, there is a proposal under consultation for non-domestic buildings that suggests comparing actual metered results with energy forecasting carried out at design/build stage. Thus, as well as the Part L compliance calculations, the forecast energy performance of non-domestic buildings should be modelled and handed to the building owner at completion stage for the purposes of energy benchmarking. This requirement is proposed for buildings with a floor area of over 1,000m2 and should be based on CIBSE TM54.

Building Regulations may have a role in helping to reduce the transmission of airborne illnesses in offices and other non-domestic buildings, as a response to lessons learned during the COVID-19  pandemic. It is proposed that each occupiable room in the building should be capable of providing fresh air at a 50% higher rate than the Approved Document F minimum standard. This may necessitate larger mechanical ventilation systems, which then operate below full capacity in normal conditions. It should be noted that oversizing ventilation equipment is likely to reduce energy consumption in normal operation, providing an additional benefit. The standards are intended to require a functionality to be present within systems to, if required, operate in a mode which prevents the ventilation system recirculating air within spaces or between different spaces, rooms or zones within offices, unless suitable filtering or cleaning systems are in place.

What this means for development

"The uplifts to PART L and F regulations are designed to make the transition to Future Homes and Future Buildings standards smoother" adds Erieta Dimitriou, Principal Consultant in our Energy & Sustainability team.

"When some of the aspects get implemented into building designs, what’s required to meet 2050 net zero targets will be more achievable". 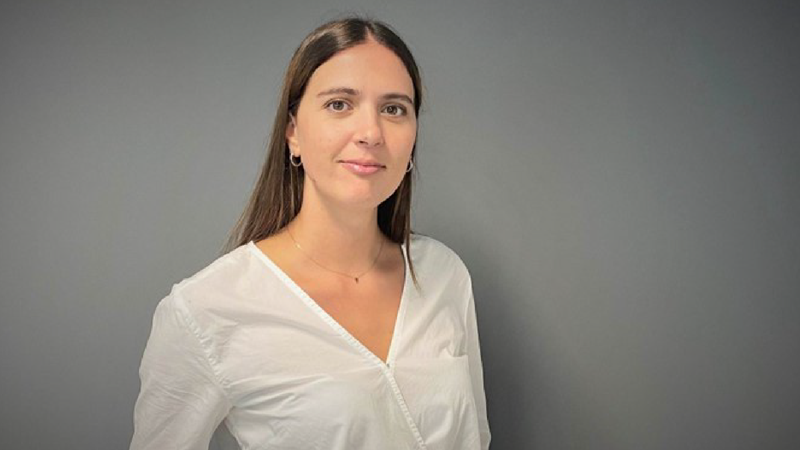 The uplift of fabric and systems standards and new regulations will make way for the immediate and future implementation of heat pumps by incorporating low temperature heating circuits in the design and introducing the primary energy factor.

Heat networks will form part of the Government’s overall plan for the future of low carbon heat, particularly in cities and high-density areas.  They can decarbonise more easily compared to other heat sources because new technologies can be added to the system with little disruption to individual buildings.

Heat networks provide a unique opportunity to exploit larger scale, renewable and recovered waste heat sources that cannot be accessed at an individual building level. They also provide system benefits such as thermal storage and can reduce the energy demand on the grid at peak times. Standard Assessment Procedure has been amended to more accurately represent the varied sources of recovered heat available for use in heat networks.

The London Energy Transformation Initiative (LETI) published a document on the potentials of using hydrogen last week and although it looks at ‘green’ hydrogen as a good zero carbon alternative, it does not favour it over heat pumps as it has 1/3 to 1/6 their efficiency. Switching the gas grid entirely to ‘Green’ hydrogen would need some 50% additional renewable electricity annually, and would entail higher operating costs generating less capital return for investors. It would also cause issues of disruption and liability. Hybrid system heat pumps used in conjunction with hydrogen boilers could be used for peak demand, but there is no clarity on the route to market for these currently available. LETI also concludes it is unlikely that zero carbon hydrogen supplied via a re-purposed gas mains network will be available for the vast majority of buildings, for the foreseeable future.

If these systems were to be deployed at scale, the increased demand for electricity may have a significant effect on the national grid and would be highly costly in operation. The primary energy factor in the new PART L regulations would also render it a non-preferred option.

To comply with Building Regulations, overheating analysis will be required and on a much bigger scale. The same applies to thermal bridging for which separate calculations will be more widely performed.

We can help you chose the right building services to achieve zero carbon and comply with PART L of building regulations, while our expert team also has extensive experience in delivering thermal bridging and overheating calculations as well as CIBSE TM54 operational energy calculations to accompany submissions to building control. 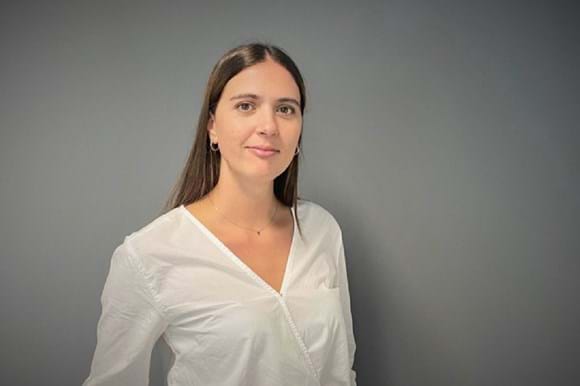 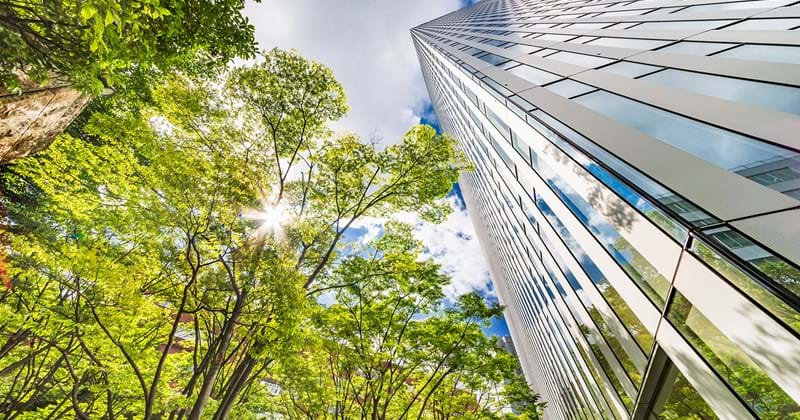