Supporting our clients with consenting for offshore renewables 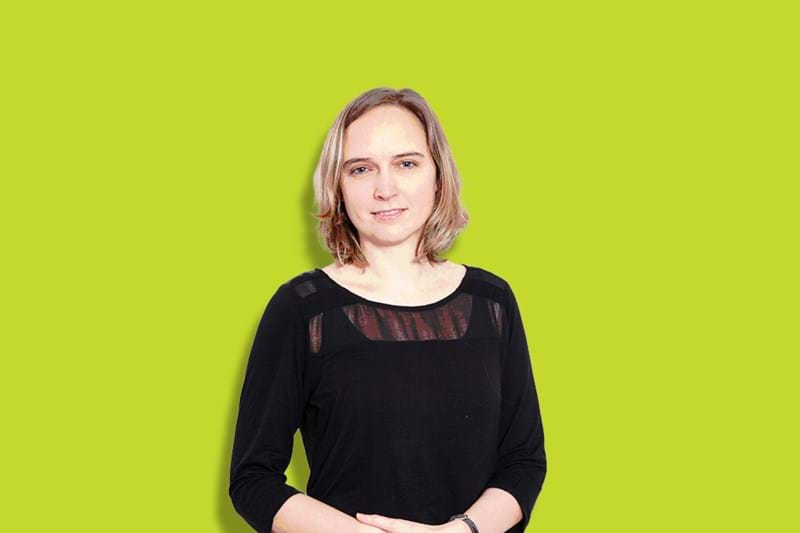 Ruth is an Associate Director within the RPS Energy segment where she oversees the Scottish consenting team. She works as a Senior Manager or Project Director to support our clients with consenting for offshore renewables projects (offshore wind or wave and tidal energy projects).

QWhat was your career path?

I studied Ecology at Aberdeen University before working on onshore ecology projects. After qualifying as a secondary school science teacher and primary teacher, I joined Scottish Natural Heritage to work as a marine case worker in Orkney for 10 years. Here, I supported the European Marine Energy Centre (EMEC) in getting several of their sites up and running. This is where I discovered my love for working in the marine renewables sector. Then, after five years as an independent consultant, I joined RPS, first as a Principal Consultant and then as Associate Director.

Tell us about a woman who has inspired you

Jenny Norris, Research Director at EMEC. She was inspirational - she decided what she wanted and did it – whether it was getting a PhD or having children or leading research at EMEC.

As a child, what did you want to be when you grew up?

Outside of work, what are you most proud of?

I'm also an Additional Support Needs teacher in a primary school working with special needs kids - they are a real inspiration.

Helping EMEC set up their test centres. These were the only accredited test centres for wave and tidal technology in the world. They were instrumental in supporting the development of wave and tidal technology, and I was able to support the industry at such an early stage. Another highlight was working on the META wave and tidal test sites for RPS. I’m currently Project Director for the Berwick Bank offshore wind farm – one of the largest in the world. So, I’ve worked on a number of world-firsts, which are really exciting to be a part of.

QWhy is your work important and what does it mean to you personally?

I’d wanted to be an ecologist for as long as I can remember. Ecology is a massive part of renewables, both in the assessments we do but also in terms of tackling climate change. Without tackling climate change, there won’t be an ecology to protect or be fascinated by. I fundamentally believe in renewables for our energy needs – I want my two children to have a world they’re proud of and can be fascinated by in the same way that I was.

And I like a challenge, and in offshore wind, marine consenting and wave and tidal, there are so many areas that are to a degree unknown or not known well enough. And working with stakeholders, their understanding of where they’re at is also moving forward, so another aspect is keeping up to speed with what’s going on in this space and what new research is coming out – I really enjoy that side of things.

QWhat career advice would you give to someone entering your industry?

When I was at university, there weren’t any courses in marine renewables or conservation. The topics you can study now have evolved a great deal, but in fact, my advice would be not to worry about these kinds of decisions. You can still get to where you want to get to, even if it’s not the obvious next step. Don’t just take the next job because it appears to make sense from a career point of view – choose jobs and tasks you’re interested in. You’re going to be working for a long time, so it should be something you enjoy.

QWhat was the best thing you’ve done to further your career?

I was also an independent consultant for five years. Taking a step outside the “normal, standard workplace” really gave me perspective on what I wanted to do and what was important to me.

QThe theme of International Women’s Day this year is “Beat the bias”, but there don’t seem to be so many barriers for women entering ecology, consulting, and similar roles. Why is this? What are these sectors doing right?

In the environments I’ve chosen to work in, there’s never been any question of equality – of women doing certain roles and men doing other roles. I’ve always had a very supportive environment to work in.

My take is that ecology and environmental work is a “caring profession”. You have to care about it to do it and do it well. If you didn’t care about your impact, you probably wouldn’t study ecology. It’s a generalisation, but these qualities have traditionally been associated with women – who are well represented in consenting, such as in the RPS consenting team and its senior leadership.

It’s also interesting that men have often been encouraged towards other careers – such as architecture, engineering, finance, law, medicine. However, we’re now seeing more young men coming into ecology. It’s becoming a higher profile career, and more “acceptable” for men [just as women are making their way in engineering and other STEM roles].

QIs there anything you wish you’d known early on in your career?

As a young person, it can be hard to know when to stand your ground with an issue you’ve raised or a piece of advice you’re giving. This can be hard to judge when you’re new in your career. In the times when this happened to me, it was ultimately the right piece of advice and needed to be addressed – but, it’s down to gaining confidence and experience.

Want to know more about our work in renewables and offshore consenting? Get in touch!

Back to Home
Get in touch