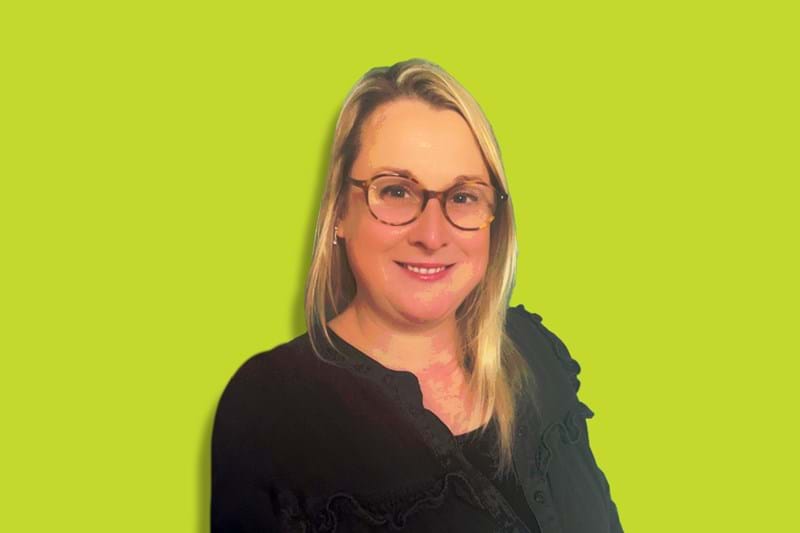 Relatively new to RPS, Rebecca joined us 6 months ago as a Bid Manager for our Consulting UK & Ireland team.

I decided to focus on the things I was good at and accept the things I was bad at. About twenty years ago I worked for a company which cleared landmines in the Congo, Sudan, Eritrea… Although I couldn’t be in the field clearing landmines, and I was no good with understanding the complex mine-flail machinery, I was the only person in the business who would read the vast United Nations tender documents properly and also answer the questions properly. I built good relationships with suppliers, people in the Mine Action Office, logistics experts and company shareholders all over the world – they became my friends. I also had a natural instinct to ask questions and find out as much as possible about the detail of projects. So I kind of fell into bidding accidentally.

Which woman inspires you?

I met with Amelia Gentleman last month at a masterclass, and her tenacity is inspiring. She was working as a journalist when she received a story about an elderly lady, Paulette Wilson, who had been sent a letter by the UK Government stating that she had no leave to enter or remain in the country, warning her she had ‘liability for removal’ to Jamaica. Paulette had had a lifetime in England and had always assumed she was British.

Amelia spent a great deal of time trying to find other people subjected to the same treatment and working with them to decipher the many communications in ‘legalese’ that had been sent to these people. They had all arrived in the UK from the Commonwealth as children in the 1950s. She uncovered the Windrush Generation with her incredible investigative and campaigning journalism, and went on to write The Windrush Betrayal.

I wanted to be a writer. When I was at school I remember that we all had to complete something called a Morrisby Test. The test measured aptitudes and had a very long list of questions and gave a suggestion for your ‘perfect’ job. Mine came back as a librarian and I was quite unhappy about that because firstly I am far too noisy to work in a library, and secondly I didn’t want to make a career of other people’s writing, I wanted to make a career of my own writing.

I read every evening as relaxation. On a ‘work day’ I read very unchallenging and non-thought provoking fiction books and I read the last few pages first. In that way I can completely unwind before bed. I also row as part of a sea rowing club, consult with charities to provide advice on fundraising and tenders and I write. I currently have five books in progress, and I’m not sure whether they will ever get finished or not. Finally, I’m learning to surf. I suspect I’ll never be great but it is genuinely the most challenging thing I’ve ever done.

When I sent back my first response to a tender, I had spent three months making sure I had answered every question (with a detailed itinerary including two weeks’ worth of supper plans for 20 local Sudanese mine clearance operatives, and a mine risk education schedule to ensure local children could get to school safely, avoiding certain areas of a minefield). I had spent days printing it out and compiling six thick A4 lever arch files, making front and side covers crudely but carefully in Microsoft Word. I called to arrange shipping days before, getting quotes and finding the best prices. And I sent the documents and breathed a huge sigh of relief.

However, ten hours before the bid needed to be in the Chrysler Building I got a call to say it was stuck in a customs warehouse in another state. I learned my lesson and from then on, had to fly with the folders myself and deliver them personally. I absolutely hate flying and so had to drink a bottle of wine and take meds to get on each flight. So, every time I submit a tender online in these more modern times I feel hugely relieved.

Those people - who look like they have everything under control, who are assertive, who naturally command respect and reverence, who know much more than others and seem naturally wise – probably don’t feel that way about themselves. Be mindful of your imposter syndrome/perceived fraudulence and get on with being yourself.

At a job interview once I was asked whether I intend to have more children, and I was told once that I shouldn’t be doing a job like this and should be concentrating on my family more. Luckily that was about ten years ago and since then I haven’t heard similar – and definitely not at RPS. I think opportunities for flexible working are important to try and help people get the balance right for their own family.