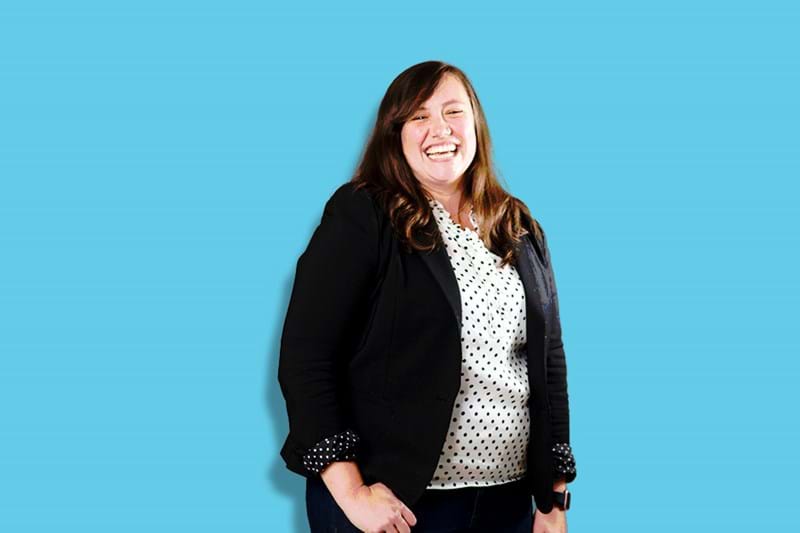 As a GIS Scientist in the Ocean Science group for RPS North America, Jenna Ducharme works as the project manager and technical lead for the Northeast Data Portal.

QWhat do you do?

When I first started in 2013, I predominantly worked modeling overland oil spills using RPS’ GIS-based OILMAPLand model, and assisting with offshore oil spill modeling projects by preparing GIS inputs, and generating output graphics, figures, and deliverables. Over the years my role has grown to also include work on a broad range of data management and web-based GIS projects. I have been a part of the Northeast Ocean Data Portal project since I started at RPS, and now serve as the project manager and technical lead. This project has given me a strong background on web-based GIS solutions, and I am now working to expand our repertoire of data portal and data management projects. Overall, my main focus is to keep on the cutting-edge of GIS and think creatively about how we can use it to consistently add value for our clients

Growing up, through my freshman year of college, I wanted to be a dentist. I randomly ended up working in an ecology lab at the University of Rhode Island, where I decided I liked wildlife biology better than teeth, and that snowballed into me learning GIS and starting the career I have today.

In my spare time I mountain bike, dabble in photography, buy crafting supplies, but never actually finish crafting projects, and spend time with family and friends.

I was first exposed to GIS in high school, but at that time I was sure I wanted to go to school for dentistry. In college, I joined an ecology lab which led me to a summer internship at Harvard School of Forestry where I studied invasive species. My advisor during that summer program modeled the movement of invasive species, and regularly used GIS to do so. His work piqued my interest, and the following semester I changed my major to wildlife and conservation biology, while also taking as many GIS classes as I could. I liked the field so much that I pursued a master’s in GIS and remote sensing from Clark University. After graduating I worked for the state government on GIS stormwater projects, before starting at RPS in 2013.

Ask more questions. When I was younger, I was always afraid of asking the wrong question, or asking something I should have already known the answer to. I’ve found that asking questions can be one of the best ways to open doors to new opportunities. I’d also tell my younger self the same thing I tell my current self, to be more confident!

I think there are fewer barriers for women entering consulting, ecology, and the sciences partially in thanks to the countless women in science programs building girls up from a young age and exposing them to a huge range of career opportunities. I also believe the push for women’s empowerment has helped more women feel like even when faced with a barrier, they have the support behind them to knock it down. It also helps to work for great companies that acknowledge potential problems and work to resolve them! I do think consulting, and most industries, have a long way to go in terms of support for maternity leave, moms (and parents in general), and supporting childcare stressors. I also think, even great companies, can’t rest on their laurels and assume a few changes are good enough. This conversation needs to continue with the ever-changing world we are in.

Want to learn more about Geographical Information Systems? Get in touch!

Learn more
Back to Home