As the Coronavirus pandemic sees more and more countries go into lockdown, Kathryn Barker, Senior Air Quality Consultant at RPS looks at how the reduction in air pollution is not only having a positive impact on the environment but could also benefit those at risk from Coronavirus.

From clear waters in the canals of Venice to dramatic falls in pollution levels in major cities, the pandemic has had a number of favourable effects on the environment. With economic activity linked to environmental impacts it is unsurprising to see reduced emissions from traffic and industry during this period of lockdown and it is being reported that air quality in our towns and cities has improved.

Satellite images released by the European Space Agency (ESA) show that concentrations of nitrogen dioxide, one of the major pollutants emitted during many combustion processes, have dramatically reduced as a large proportion of the population are on lockdown.

The ESA uses the Sentinel-5P satellite to measure pollution in the atmosphere and has released a video showing the change in concentrations of nitrogen dioxide across Europe since the beginning of the year.

The reduction in air pollution could benefit some of those at risk from Coronavirus: there have  been some claims that severe cases of COVID-19 could be linked to poor air quality, which would not be surprising as it can cause respiratory problems, cardiovascular diseases and has links to a range of health issues including cancer, stroke, dementia and diabetes. People with these health issues are also more likely to experience more severe symptoms from COVID-19.

An article in The Guardian recently reported “Patients with chronic lung and heart conditions caused or worsened by long-term exposure to air pollution are less able to fight off lung infections and more likely to die. This is likely also the case for Covid-19,” said Sara De Matteis, at Cagliari University, Italy, and a member of the environmental health committee of the European Respiratory Society. “By lowering air pollution levels we can help the most vulnerable in their fight against this and any possible future pandemics.”

The World Health Organisation (WHO) is investigating whether airborne pollution particles may be a vector that spreads COVID-19 adding further to the problems in areas that record the highest rates of air pollution such as northern Italy.

There have also been some claims that the number of deaths from COVID-19 will be partially offset by the improved air quality. The Guardian reported that Marshall Burke at the University of Stanford calculated that the cleaner air in China following their lockdown could have prevented 1,400 early deaths in children under 5 and 51,700 early deaths for the over-70s. This is much higher than the approximately 3,300 deaths from COVID-19 in China.

Marshall Burke said “It seems clearly incorrect and foolhardy to conclude that pandemics are good for health. But the calculation is perhaps a useful reminder of the often-hidden health consequences of the status quo, ie, the substantial costs that our current way of doing things exacts on our health and livelihoods.”

It is an unfortunate fact that deprived areas in our cities usually experience higher air pollution exposure, adding to the social and health burdens, so it is heartening that these communities will benefit most from the cleaner air over the next few months. Overall, an improvement in air quality will bring health benefits to everyone making us less vulnerable to diseases like the flu and this coronavirus. 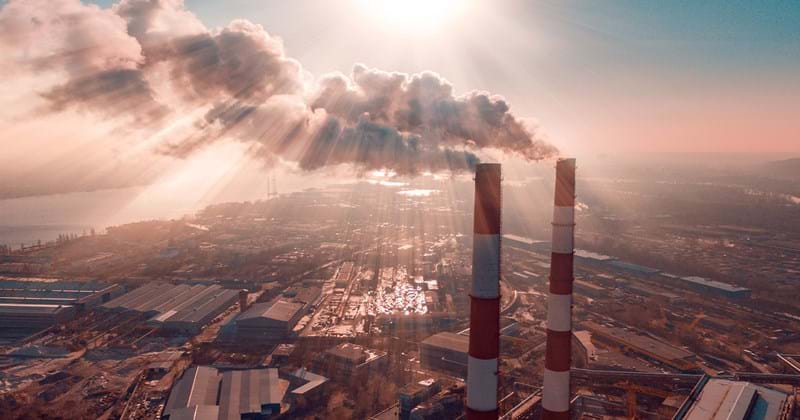